What is Leaky Gut Syndrome? Causes, Symptoms, and Relief 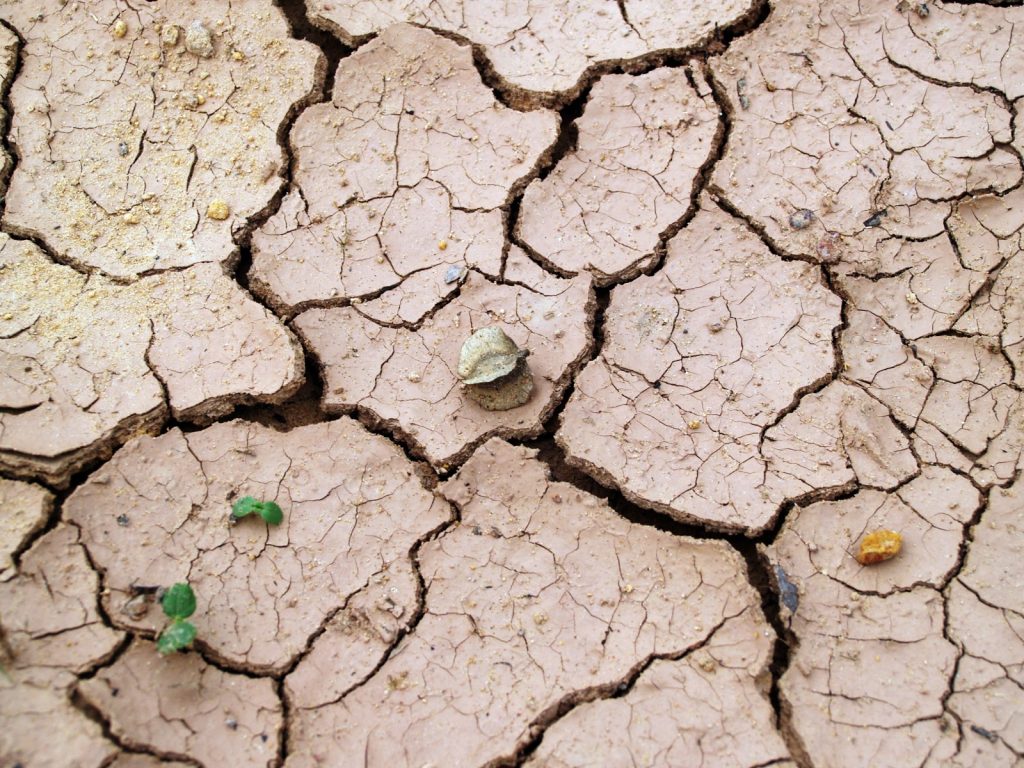 Leaky gut syndrome, or “Leaky Gut”, is a condition where the gut barrier becomes damaged and the intestinal wall becomes permeable. This allows food particles, chemical additives, potential pathogens (bad bacteria, viruses, fungi) and other substances that we take into our body via the mouth to leak through the gut barrier into the bloodstream.

The body detects these as “foreign” invaders and coordinates an immune response. If this cycle continues over a longer period of time, it can lead to an overreaction of the immune system. This can manifest in allergies, skin flare ups, headaches and migraine, autoimmune diseases and even impact mood and cognition. The body’s gut bacteria play a critical role in maintaining a healthy gut barrier function.

In this article, we will go over what leaky gut is, some possible risk factors, symptoms and associated issues, and, finally, things you can do to improve your gut health.

What is Leaky Gut Syndrome?

During digestion, food is broken down into nutrients. Nutrients are absorbed into the bloodstream via the gut barrier. The gut barrier acts as the gatekeeper to ensure that potentially harmful substances such as chemicals, food additives and pathogens don’t enter the bloodstream.

The billions of good bacteria in the small and large intestine (aka “probiotics”) play a central role in maintaining a healthy gut barrier. For example, certain strains of probiotic bacteria produce a mucous layer that lines the gut barrier and acts as a protective shield. Unfortunately, external factors such as food additives, allergens, chemicals, medications and stress can disrupt the healthy balance of probiotic bacteria in the gut. As a result, the environment in the gut becomes imbalanced. This can lead to a reduction in the mucous layer that protects our gut wall and eventually inflammation in the gut.

This inflammatory process breaks open the tight junctions. Now, all the substances that typically don’t  reach the bloodstream leak through the tight junctions into the body. The body’s immune system then detects these invaders and triggers an immune response. 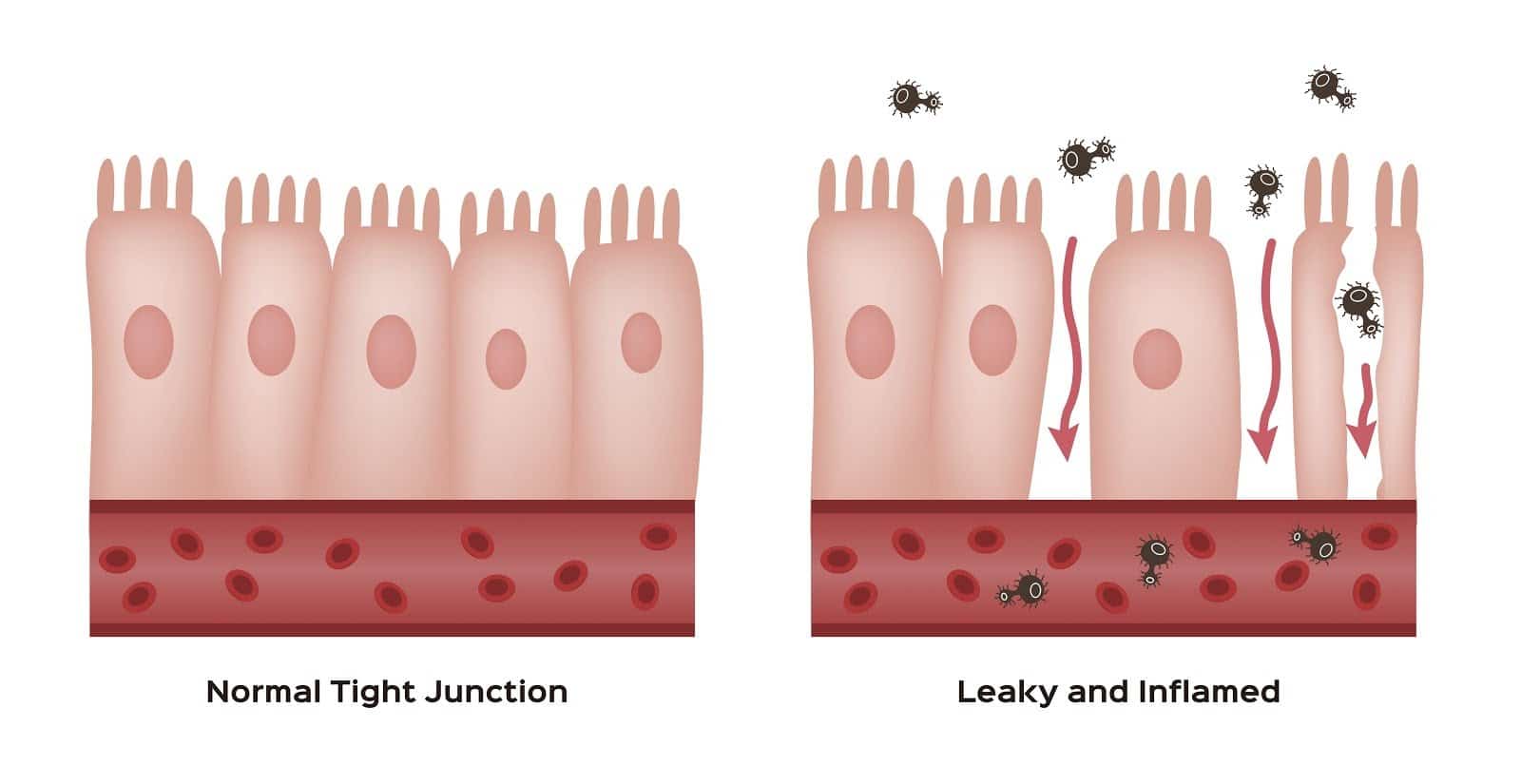 Leaky gut still remains somewhat of a mystery to many healthcare practitioners and researchers. No “single cause” of leaky gut has been identified. However, there are many factors that can increase the risk of leaky gut. 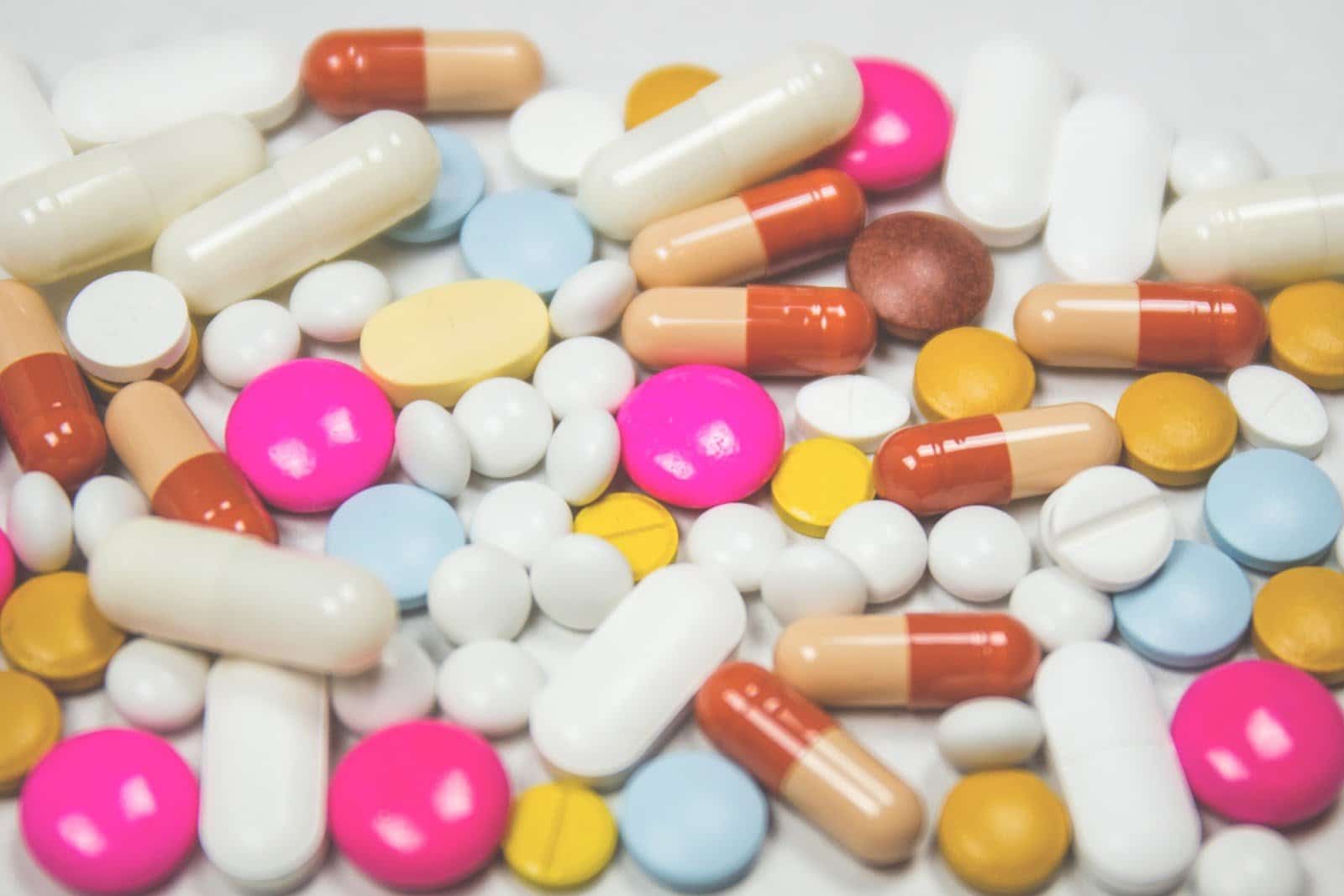 Certain medications, including antibiotics, negatively impact the balance and diversity of good bacteria in your gut. This affects many processes in the body, including healthy food digestion. If your gut bacteria are diminished due to antibiotics and other medications, food is not properly digested and ends up rotting in your intestines.

This, in turn, creates the perfect environment for harmful pathogens to flourish. As a result, your body activates its immune system, leading to inflammation, which over time breaks open the tight junctions causing a leaky gut. In addition, prolonged use of NSAIDs has been associated with an increase in intestinal permeability.

Stress can also change the composition of the gut microbiome, often reducing the quantity and diversity of bacterial species. These changes have been tied to increased inflammation and reduced gut barrier function.

Interestingly, stress in the form of intense physical activity such as that experienced by performance athletes is also connected with increased inflammation and reduced barrier function in the gut. 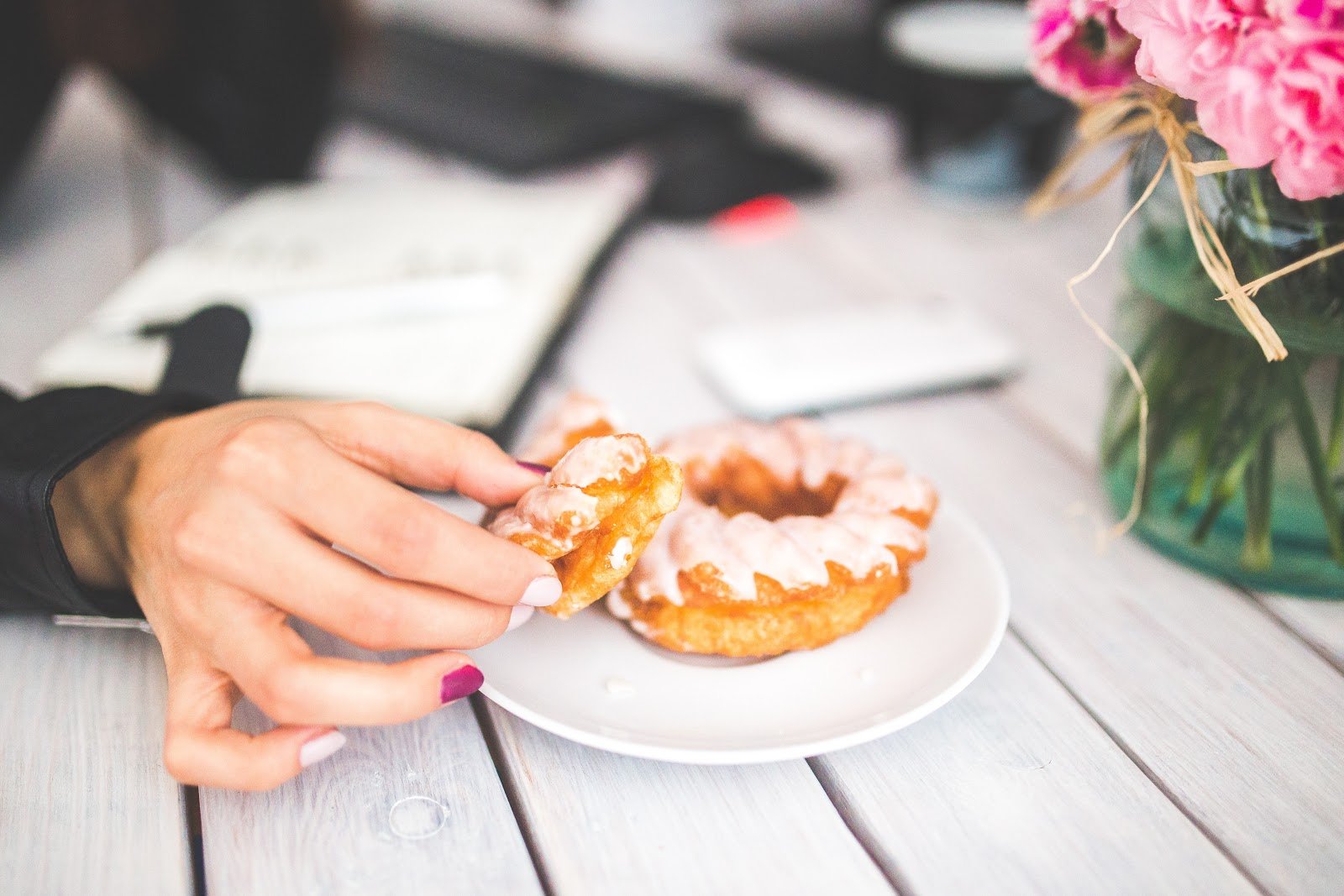 Sugar, processed foods, gluten and dairy are all highly inflammatory, especially if the gut is already under stress due to lifestyle factors, medications or an imbalance in the gut bacteria. Excessive alcohol intake has also been linked to increased intestinal permeability and can kill off beneficial bacteria in the gut.

Once your intestinal bacteria are out of balance, there is an opportunity for potentially harmful bacteria to overgrow and flourish. This can manifest in intense food cravings (especially for sugar), bloating, gas, diarrhea and stomach pains. In response, the body triggers an immune reaction resulting in inflammation, which weakens the tight junctions and can lead to leaky gut.

Celiac Disease is an autoimmune disease where individuals suffer from severe gluten intolerance. Symptoms include intense nausea, diarrhea or constipation, bloating and fatigue after ingesting gluten. 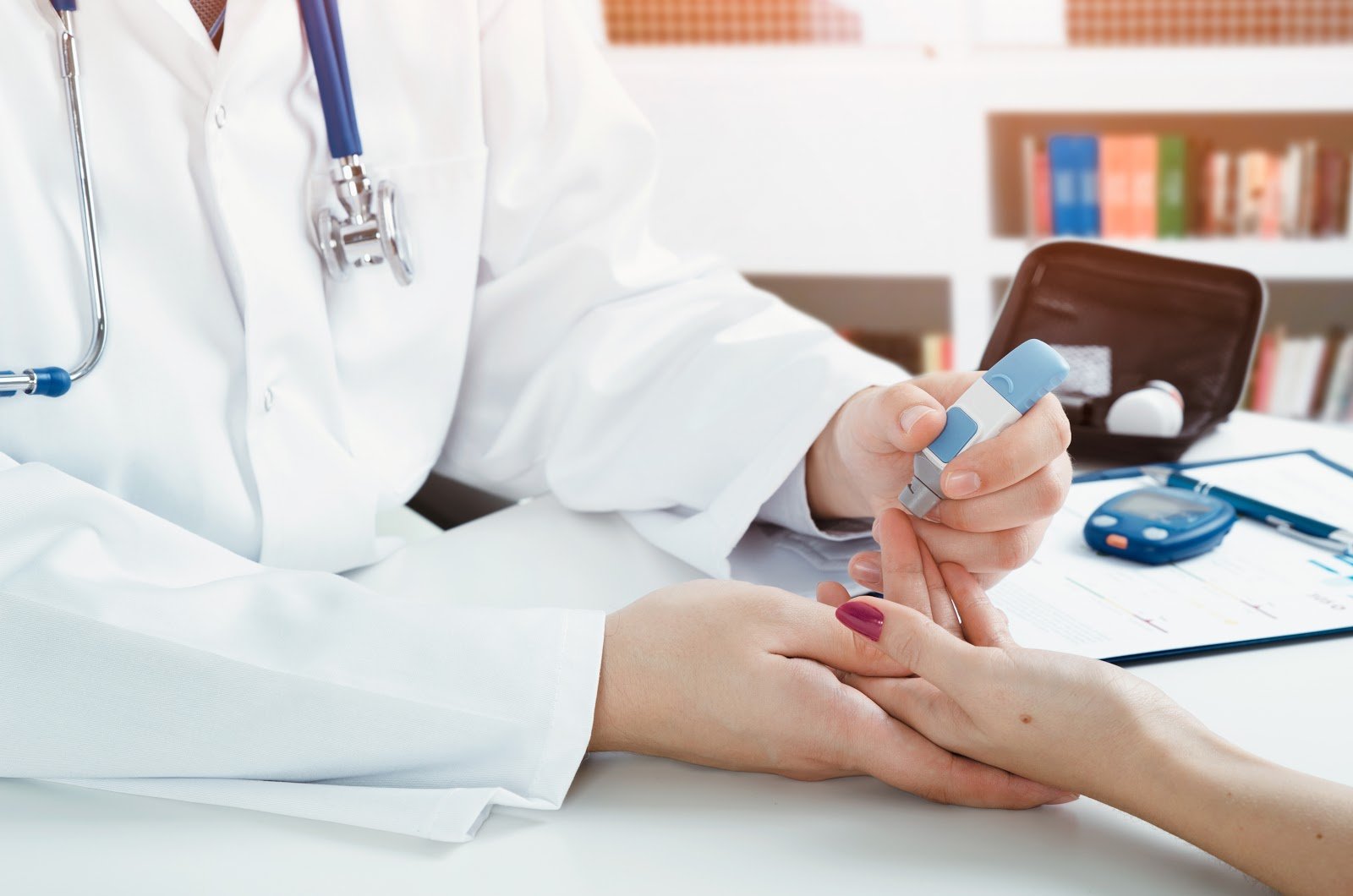 Several studies have linked Type 1 diabetes with a negatively altered gut microbiome, compromised immune function and increased intestinal permeability. Furthermore, metabolic syndrome has also been associated with changes in the composition of the gut microbiome as well as increased levels in zonulin. Metabolic syndrome is defined as a group of conditions that occur together, including insulin resistance, high blood pressure and obesity.

Irritable Bowel Syndrome (IBS) is a digestive disorder characterized by abdominal pain, cramping, diarrhea and/or constipation, and mucus in the stool. Once again, multiple clinical studies have shown increased levels of zonulin for individuals with IBS.

OMNi-BiOTiCⓇ STRESS Release was specifically formulated with IBS patients in mind. In a clinical study, IBS patients took OMNi-BiOTiCⓇ STRESS Release twice daily for four weeks. Study participants reported an 80% reduction in symptom severity, an increase in bacterial diversity in the gut, and an improvement in gut barrier function (measured by decrease in zonulin levels).

It then produces an immune response to get rid of the bad ones. When the gut becomes leaky, larger food particles such as gluten and lactose can cross the gut barrier into the bloodstream. Once these larger particles enter the bloodstream, the body develops an immune response. If this persists over longer periods of time, food sensitivities develop. 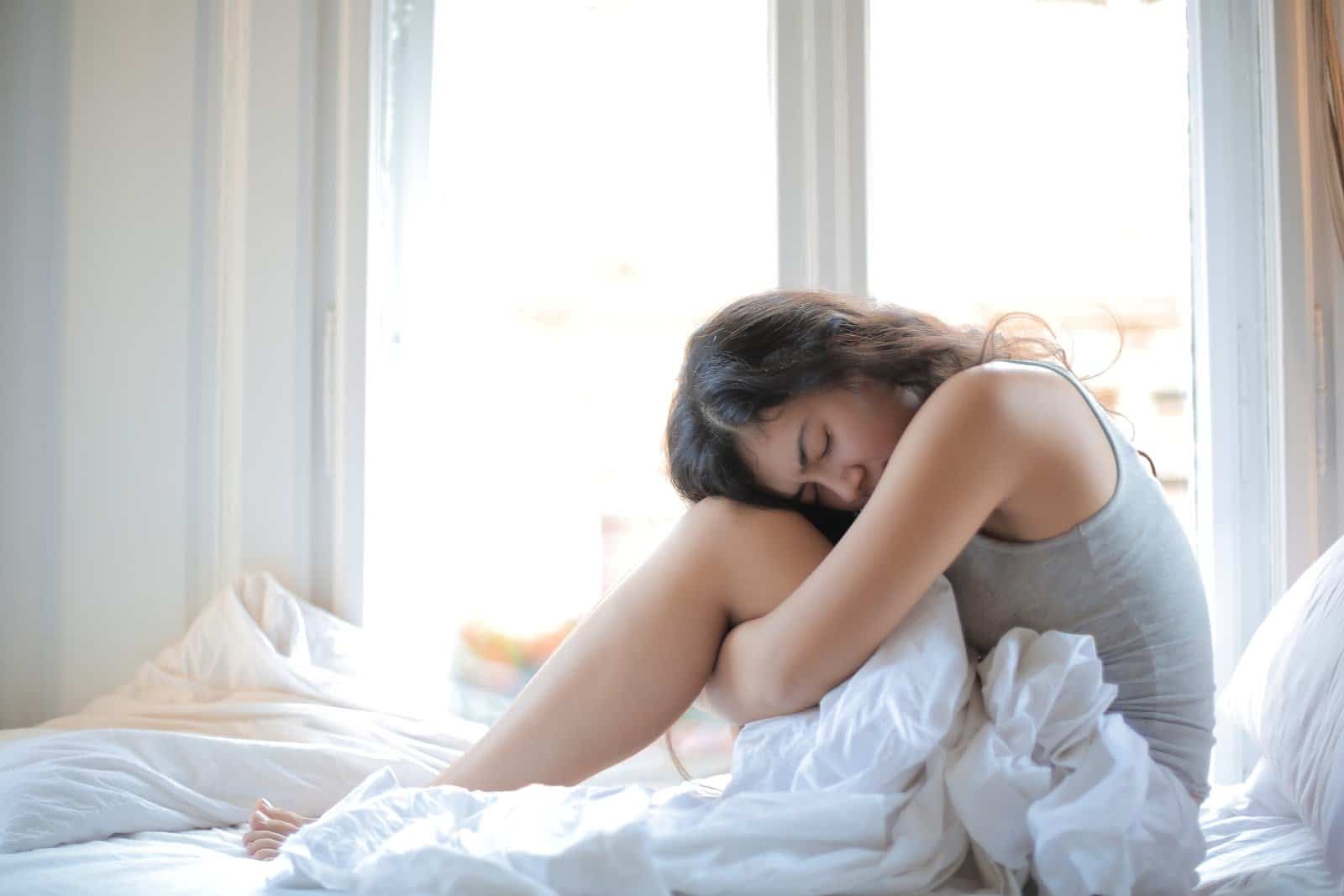 The tricky thing with leaky gut is that it can manifest via a wide range of symptoms. Many of which are also common for other digestive disorders such as IBS, Crohn’s and even auto-immune issues such as eczema. Several of the most common symptoms are:

Is Leaky Gut a Cause or Symptom of Disease?

There is an ongoing debate in the field of science and medicine whether leaky gut is a cause of disease or a symptom. One thing is clear: Studies have shown a strong link between several chronic diseases, especially autoimmune disorders, and increased gut permeability.

In fact, the better that we understand the critical role of gut health and our good bacteria living in the gut, the stronger the link becomes between gut health and many chronic ailments. And this is not surprising. When the gut becomes leaky, foreign substances can enter the body, triggering an immune reaction.

If this continues over long periods of time, the immune system becomes overburdened and the body becomes weakened. This is the beginning of a potentially vicious cycle of inflammation, immune reaction and illness.

Some Claims About Leaky Gut are Not Backed by Science

Clinical studies to date show sufficient evidence to demonstrate a clear link between leaky gut and chronic illnesses such as IBS, Type 2 diabetes and metabolic syndrome. At the same time, there are just as many open questions regarding the role of the gut in other illnesses that burden our society.

Research on the role of the gut in health conditions such as Alzheimer’s disease, anxiety, depression and autism is ever expanding. Critics of the emerging research argue that the existing clinical evidence is insufficient to draw conclusions and that at best we can establish a correlation rather than a causal link. As the field of microbiome research continues to expand, we will likely learn much more about the role of the gut in many common diseases. 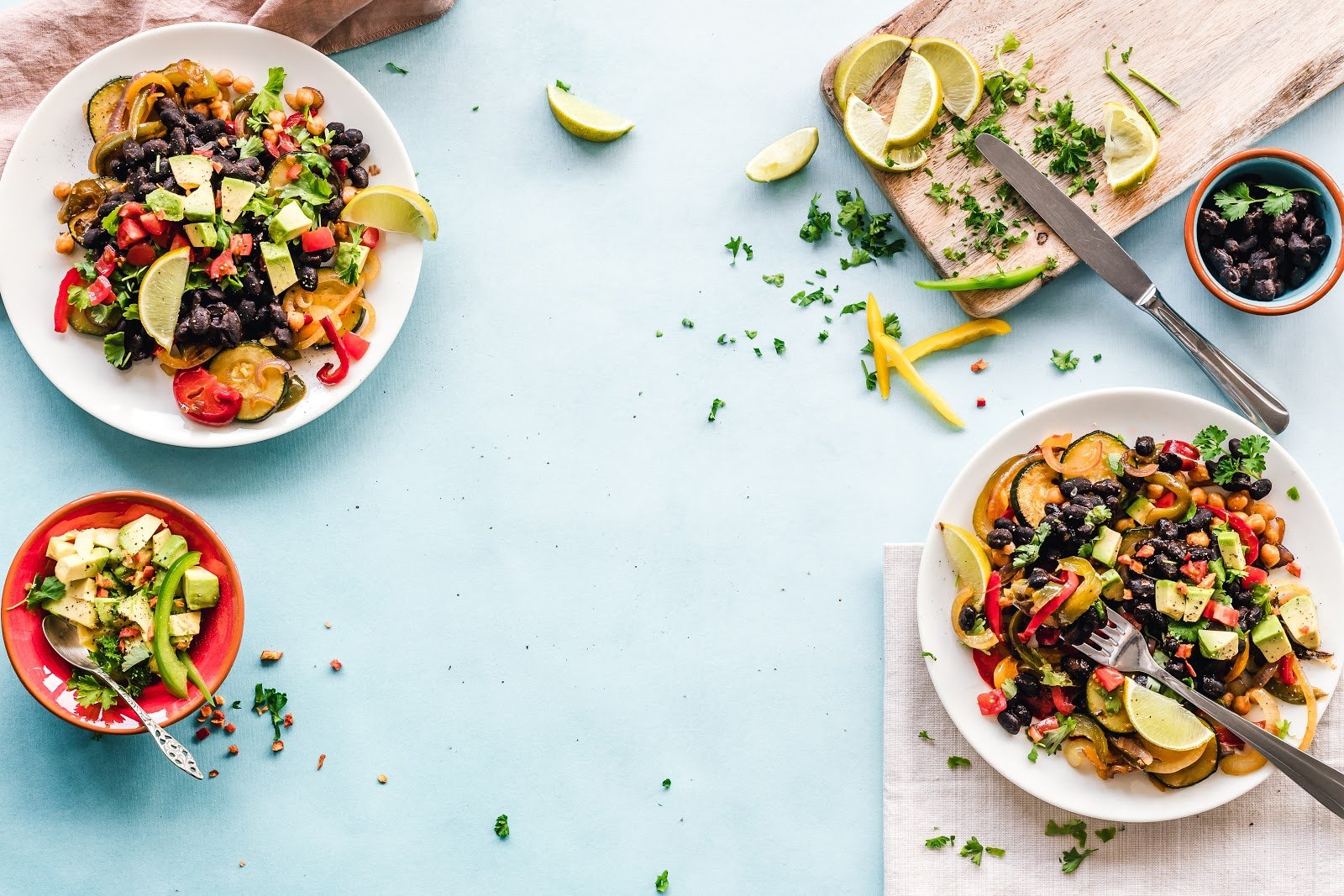 Our good gut bacteria thrive when we eat a diet rich in fiber and whole foods. In fact, the fiber in vegetables, legumes and whole grains provide food for our probiotic bacteria, making them stronger. Foods to include for digestive health are:

Other Ways to Improve Your Gut Health

Eliminate things in your life that have a negative impact on gut health:

Add more of the things that improve gut health:

Leaky gut occurs when the gut barrier becomes permeable. This can be triggered by external factors such as stress, medications, a diet heavy in sugars and processed foods. Once these substances enter the bloodstream, the body produces an immune response.

Unfortunately, this often starts a vicious cycle of inflammation, digestive issues and chronic ailments. The most critical step to repairing the gut barrier is to focus on restoring and maintaining a healthy balance of good bacteria in the gut. Taking a high-quality probiotic supplement, such as OMNi-BiOTiCⓇ, helps restore a healthy balance of probiotic bacteria in the gut, while reducing inflammation and improving gut barrier function.

Furthermore, reducing negative factors that impact gut health, such as stress, processed foods and alcohol intake as well as increasing positive factors, such as sleep and a balanced diet will help maintain a healthy gut.

Hannah Kleinfeld
Hannah Kleinfeld is the Chief Operating Officer of Allergosan USA, the U.S. joint-venture partner of Institut Allergosan, a global leader in microbiome science and gut health products. In 2019, Hannah helped launch the leading, professional European probiotic brand, OMNi-BiOTiC®, in the U.S. Hannah received a Bachelor of Arts degree in Economics and Psychology from Yale University, as well as a Master of Business Administration and Management from Harvard. Prior to joining Allergosan USA, Hannah worked as a Harvard Leadership Fellow at Boston Medical Center. Before that, Hannah served at McKinsey & Company with a focus in the healthcare industry. Hannah is dedicated to educating about the importance of gut health as a foundation for wellbeing and is passionate about helping others experience healthy and vibrant lives.
More by this Author
Table of Contents
PrevPreviousProbiotics: The Connection Between the Gut and Migraines
NextBloating: What is it and What Can You Do About it?Next 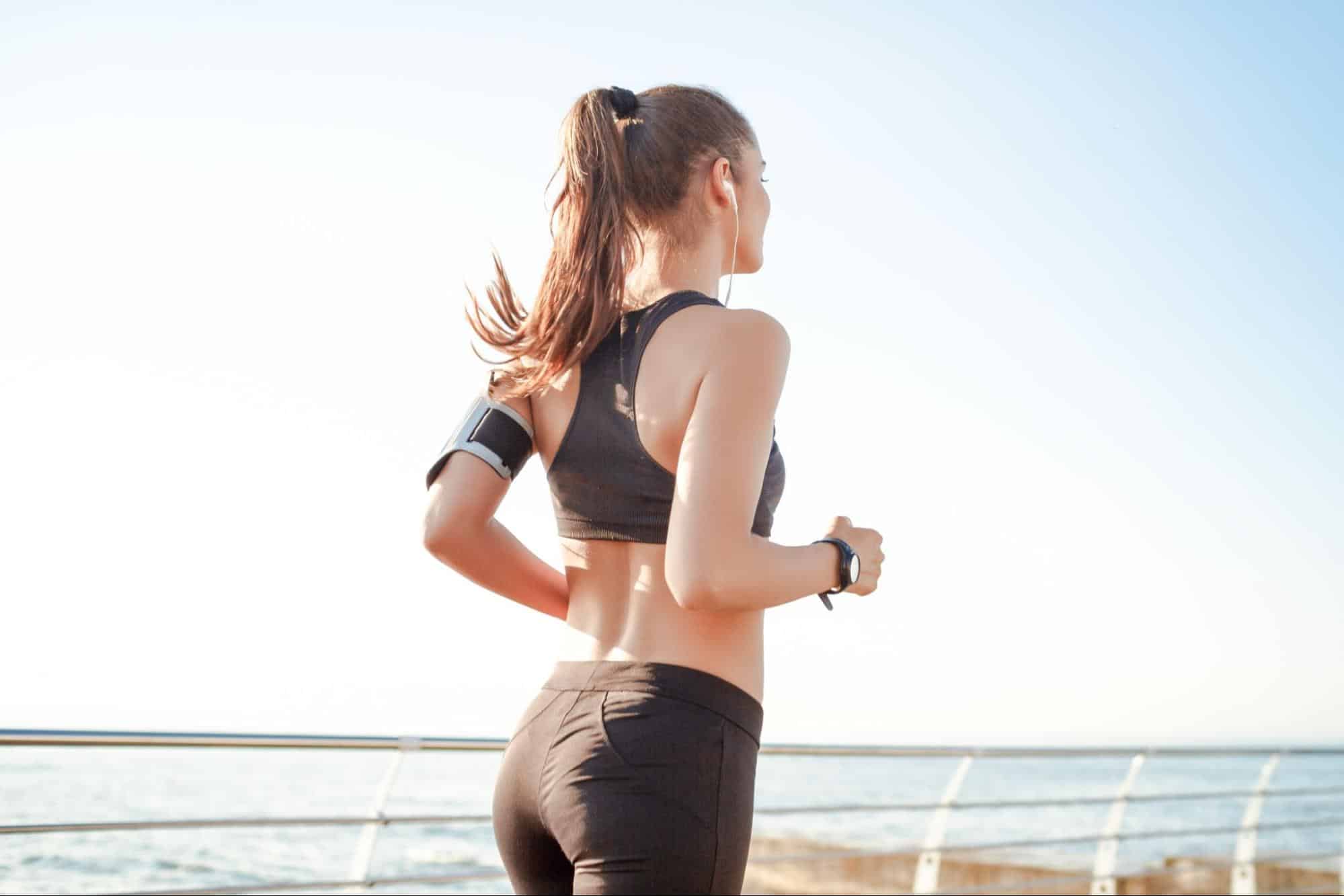 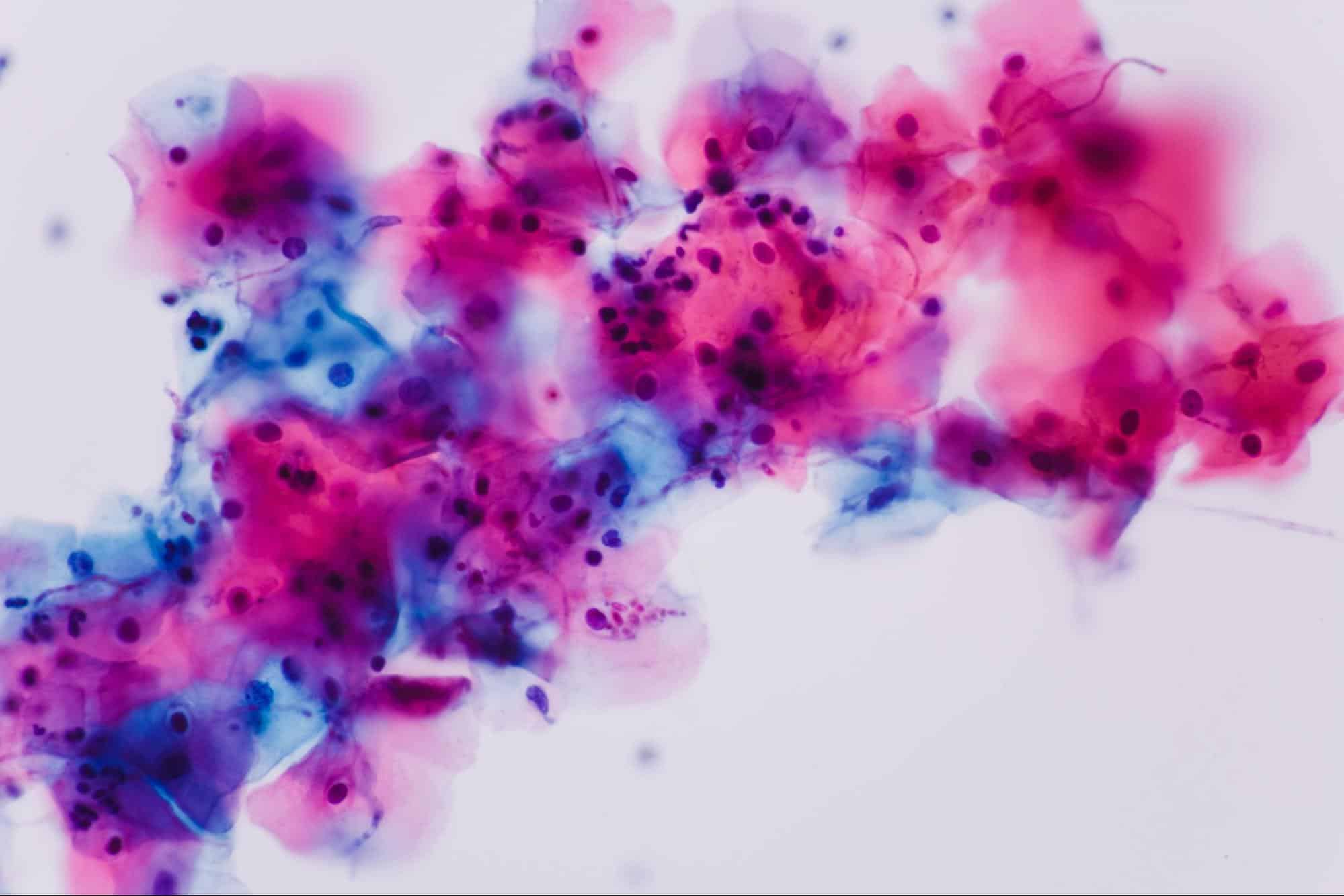 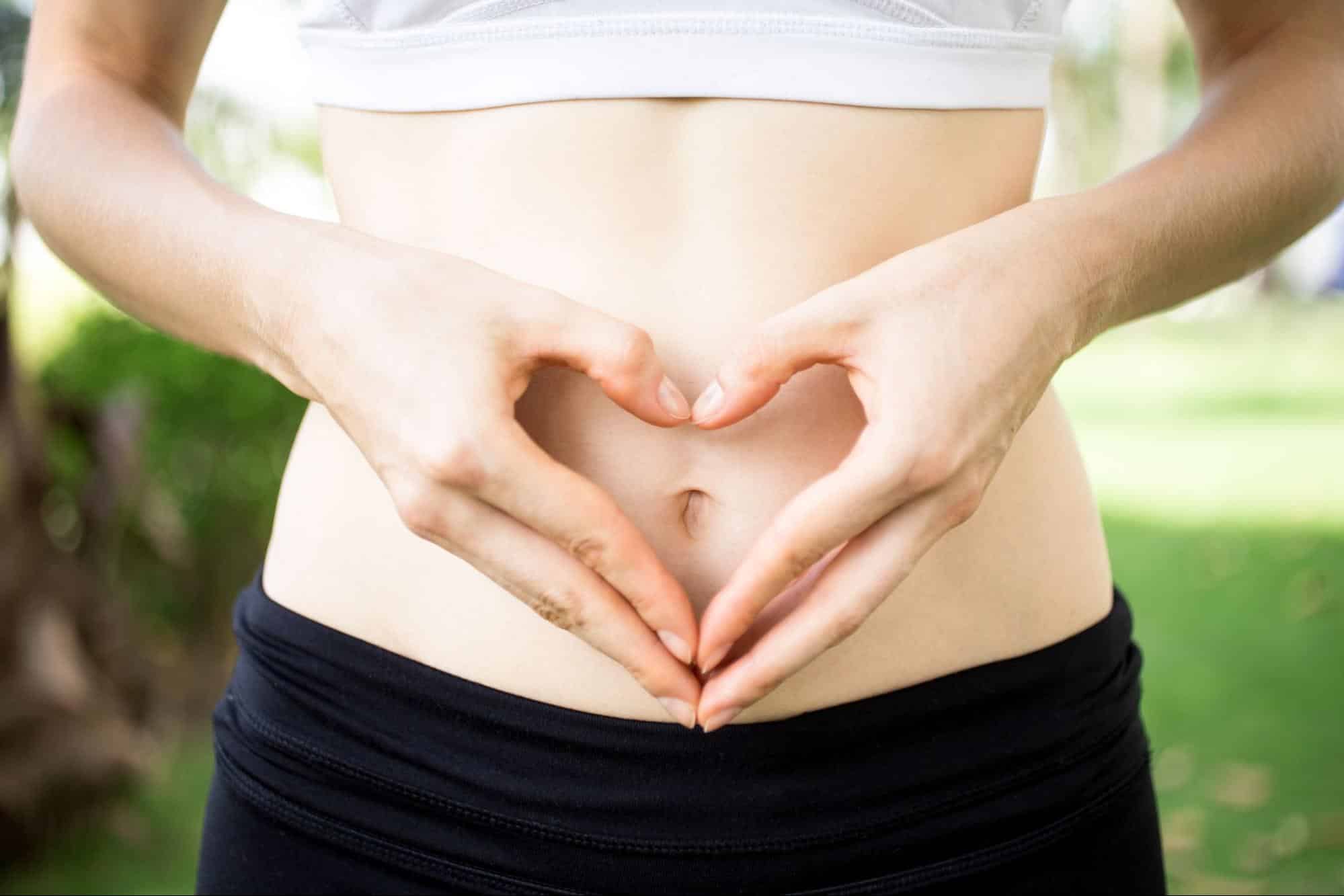 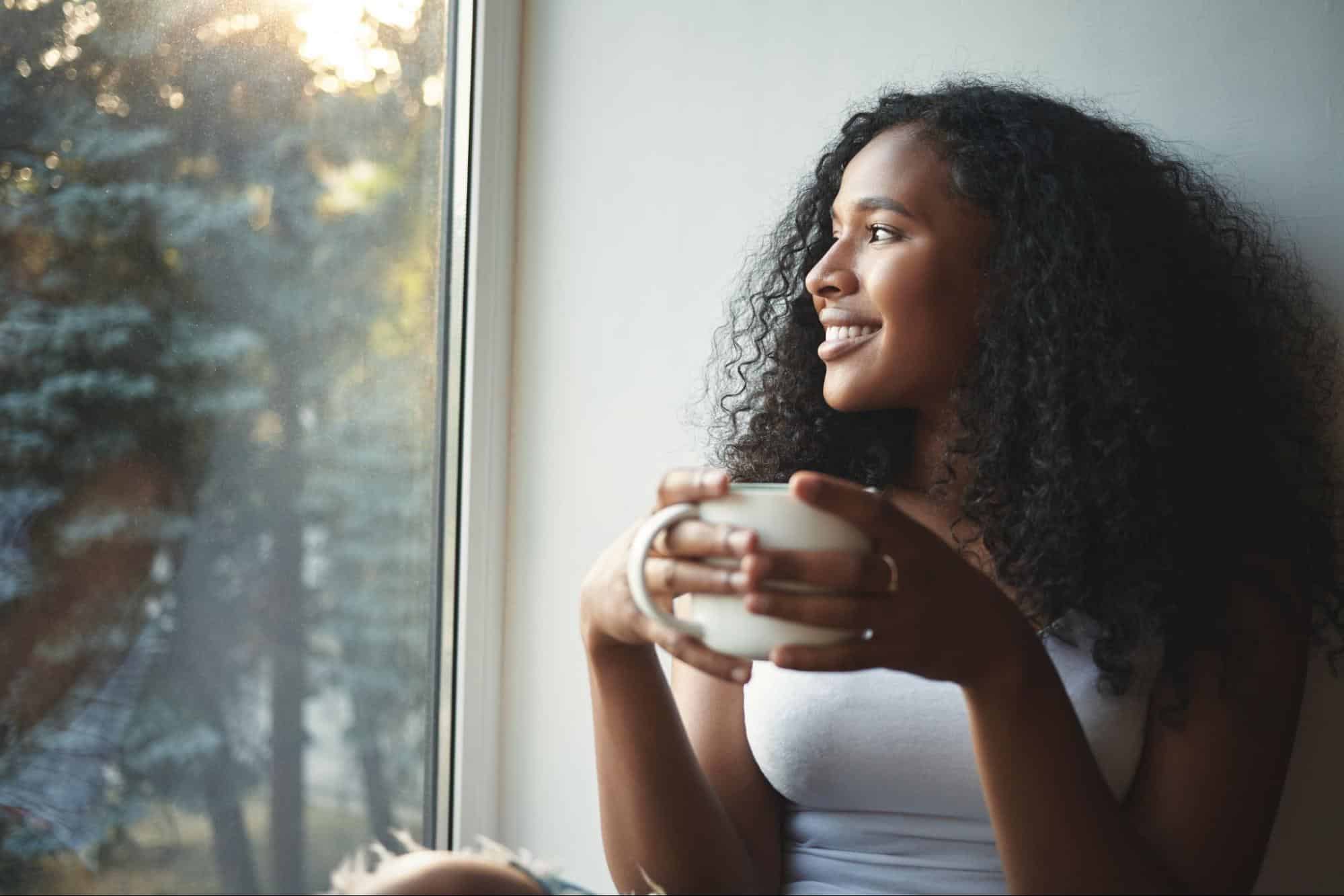 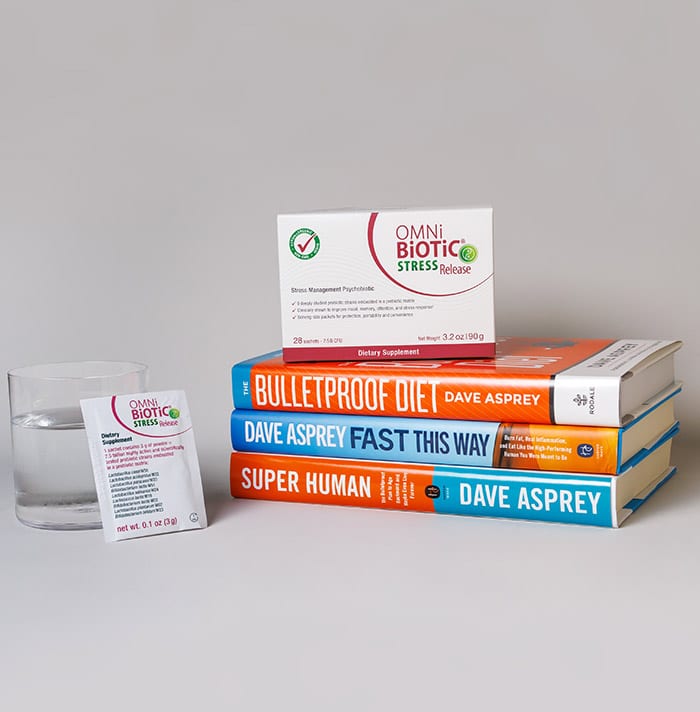