Probiotics: The Connection Between the Gut and Migraines 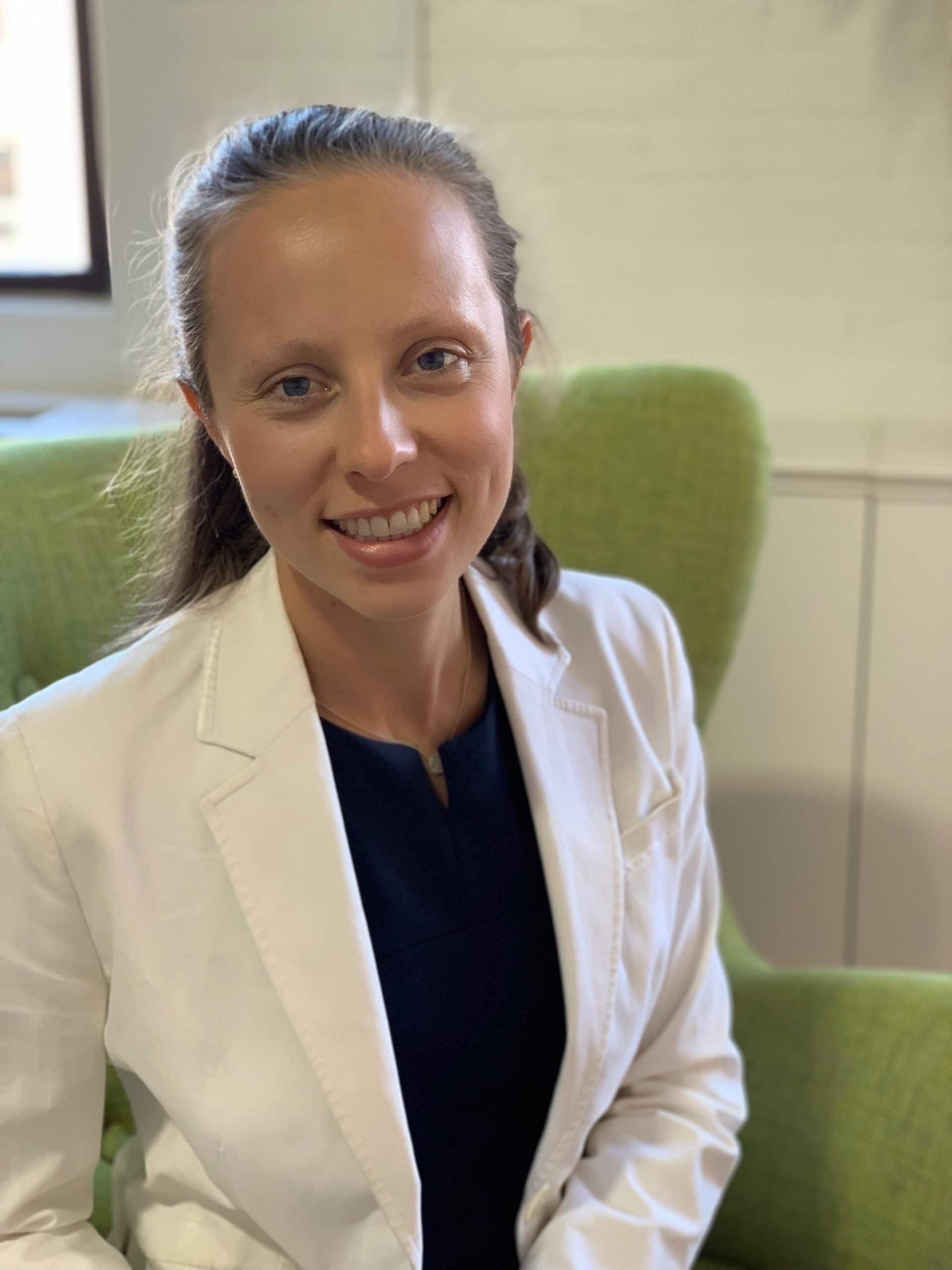 Nearly one in four U.S. households include someone who suffers from migraines. Migraines are the third most prevalent illness in the world.

Migraines are more than a bad headache. They are all consuming and extremely incapacitating because they are often accompanied by symptoms including nausea and vomiting, dizziness, extreme sensitivity to light and sound, and visual disturbances. To this day, migraines are still not fully understood, underdiagnosed and undertreated.

One topic that has received little attention so far is the role of the gut – especially the good bacteria “probiotics” in the gut microbiome – in migraine headaches.

The small and large intestine are home to trillions of good bacteria, a.k.a. probiotics, that assist your body in many critical functions. One of these is to protect your body from toxins and harmful, foreign substances entering the bloodstream and reaching other organs, including the brain. External factors such as an overly processed diet, stress and certain medications can disrupt the natural, healthy balance of bacteria in your gut microbiome.

Several clinical studies point to a clear relationship between an imbalance in the gut and conditions in the brain, including migraine headaches and Alzheimer’s disease. Taking a high-quality probiotic supplement can help restore and maintain a healthy gut microbiome, and thereby also affect the frequency and severity of migraines. Let’s take a closer look!

What is the Gut-Brain Axis?

The gut and the brain stand in constant communication with one another. The brain sends signals to your intestines. For example, just thinking about eating can trigger the brain to tell the digestive tract to secrete certain digestive enzymes. The gut is home to the Enteric Nervous System (ENS), a network of neurons embedded in the lining of the gastrointestinal system. From there, it communicates with the brain via messenger signals.

Your gut bacteria play an active part in this communication with your brain, via neurological signals, hormones and immune messenger signals.

What affects your gut also affects the brain, and vice versa. For example, when your brain senses stress, it will send signals to your gut that may change your appetite, make you nauseous or give you diarrhea. On the flipside, your gut will tell your brain when to stop eating.

Scientists have shown clear links between an imbalance in the gut microbiome and cognitive diseases, including Alzheimer’s disease as well as emotional disorders such as depression and anxiety.

For migraine attacks, one hypothesis is that they are triggered by inflammatory processes in the brain, also referred to as neuroinflammation. A neuroimaging study in 2019 showed elevated levels of inflammation in the brain for migraine sufferers, compared to healthy individuals. In a literature review by Nature, the authors present evidence that supports this view that migraines involve neuroinflammation.

This begs the question: where is the inflammation coming from and what’s causing it? 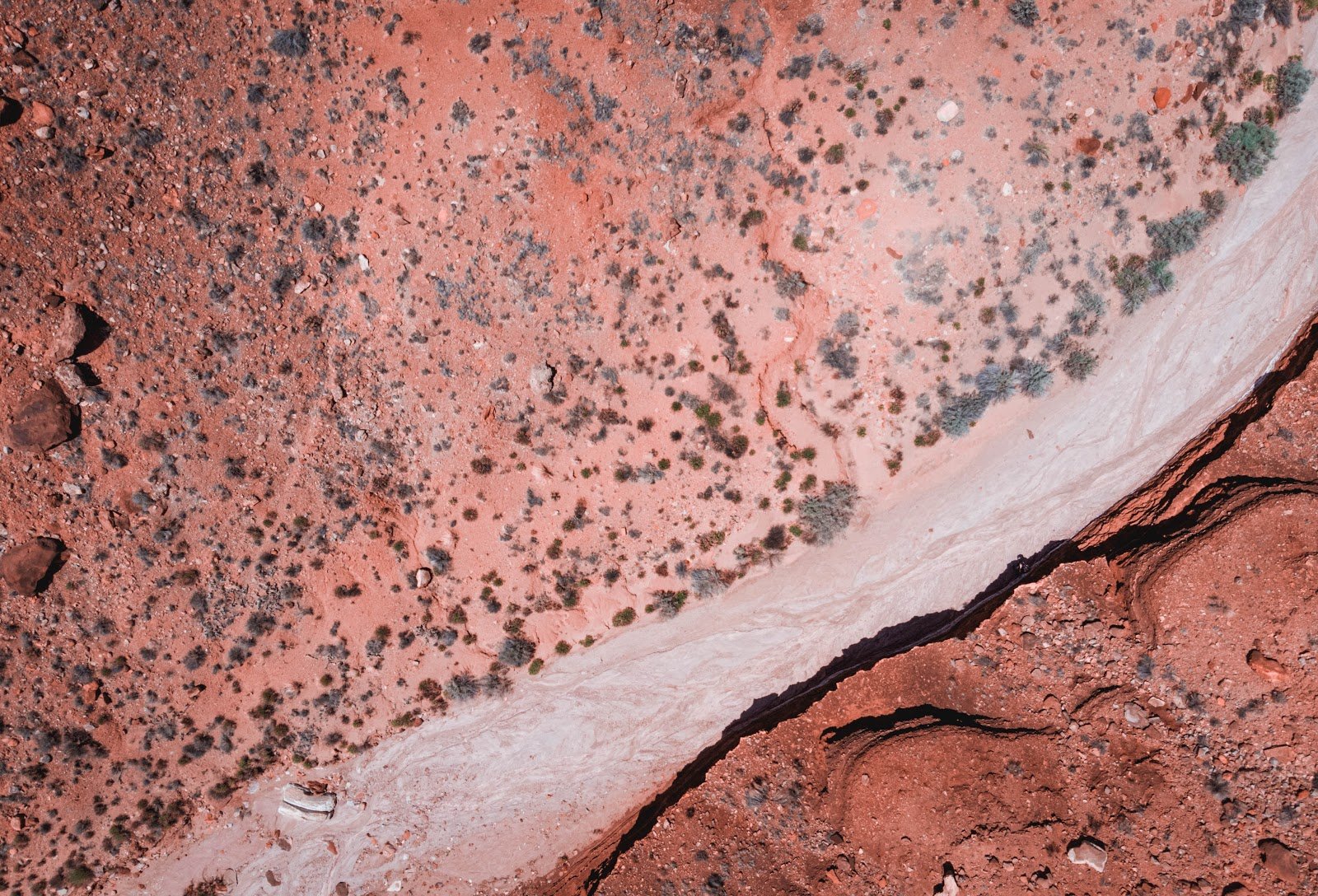 The answer may very well lie in the gut! Everything that enters our body via the mouth first passes through the digestive tract before being absorbed by the body. Our good gut bacteria play a critical role in helping with digestion, nutrient absorption and excretion (bowel movements).

They also maintain our gut barrier so that harmful substances, such as pesticides on food, chemical food additives and heavy metals in water, do not enter the body.

The liver, which is directly connected to the intestines via the portal vein, is responsible for filtering out any leftover bad substances before the nutrients from your intestines are passed through the body via the bloodstream. However, when someone has leaky gut, not only the good things enter the bloodstream, but also chemicals, remnants of medications and pesticides from food. The liver has to work overtime to keep up, and eventually becomes overburdened. As a result, the remaining harmful substances continue circulating in the bloodstream until eventually reaching the brain.

Once these harmful substances and toxins reach the brain, the brain activates an immune response in the form of inflammation. Unfortunately, if these toxins keep flooding the brain, inflammation persists, and can potentially lead to migraine attacks.

How Probiotics May Help with Migraines

Probiotics are the good bacteria that naturally occur in a healthy gut. Unfortunately, due to the stressors of modern life, many people do not have a healthy gut and can greatly benefit from taking a high-quality probiotic supplement. Probiotic supplements can help restore and rebalance the healthy diversity of good bacteria in our gut microbiome.

A high-quality, specifically combined, multistrain and multispecies probiotic supplement first and foremost helps restore the healthy balance of bacteria in your intestines. Once the healthy balance of bacteria is restored, the bacteria will help repair and strengthen your gut barrier function and reduce gut permeability. This, in turn, reduces the likelihood of harmful substances leaking through your intestinal barrier into the bloodstream.

Keep in mind, the more damaged your gut barrier is, the longer it may take to fully repair. Nonetheless, when taking the right probiotic, you can often feel a difference within the first 4 weeks.

Step 2: Reduce Inflammation In the Brain

Once the gut is repaired, your body has to deal with fewer toxic substances floating around in your bloodstream. This is a big relief for organs such as the liver, which is responsible for detoxification.

When fewer toxins reach the brain, your brain can stop being in constant “inflammation mode”. Your body will not trigger an immune reaction that causes inflammation in the brain. As a result, the likelihood of migraines is much lower, and individuals may also experience an increase in positive mood, as well as improved concentration and focus.

At OMNi-BiOTiC®, we have developed a ground-breaking probiotic that also helps with migraines: OMNi-BiOTiC® HETOX. This unique probiotic was tested in two clinical studies with migraine patients. One study was an observational study with 1,020 participants who regularly experience migraines.

Patients took OMNi-BiOTiC® HETOX daily for eight weeks and reported migraine frequency, intensity, accompanying symptoms and painkiller use. Patients reported a 58% reduction in the frequency of migraines and a 33% reduction in the intensity. Accompanying symptoms such as aura, nausea and vomiting declined by 70% and more, depending on the symptoms, and painkiller usage decreased by almost 50%.

In a smaller study of 29 migraine patients, participants took OMNi-BiOTiC® HETOX for eight weeks. Results in this study were similar: intensity and frequency of migraines decreased significantly. The Migraine Disability Assessment Scale (MIDAS) score improved by 33%. 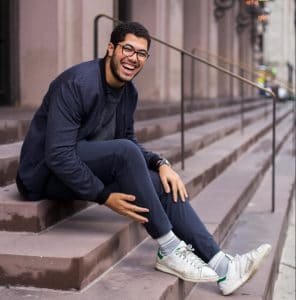 Other Benefits of Probiotics for the Brain

Anxiety and Mood: Gut bacteria produce hormones including serotonin and neurotransmitters including dopamine, which are critical to modulating mood. An imbalance in gut bacteria has been directly linked to mood disorders, such as anxiety and depression.

In fact, 90% of serotonin, your happiness hormone, is manufactured in the gut. Not surprisingly, when the balance in the gut microbiome is off, this also affects the production of these important hormones and neurotransmitters.

First, constant inflammation in the brain (due to a leaky gut and toxins reaching your brain) impacts overall brain function, including memory, concentration and focus. 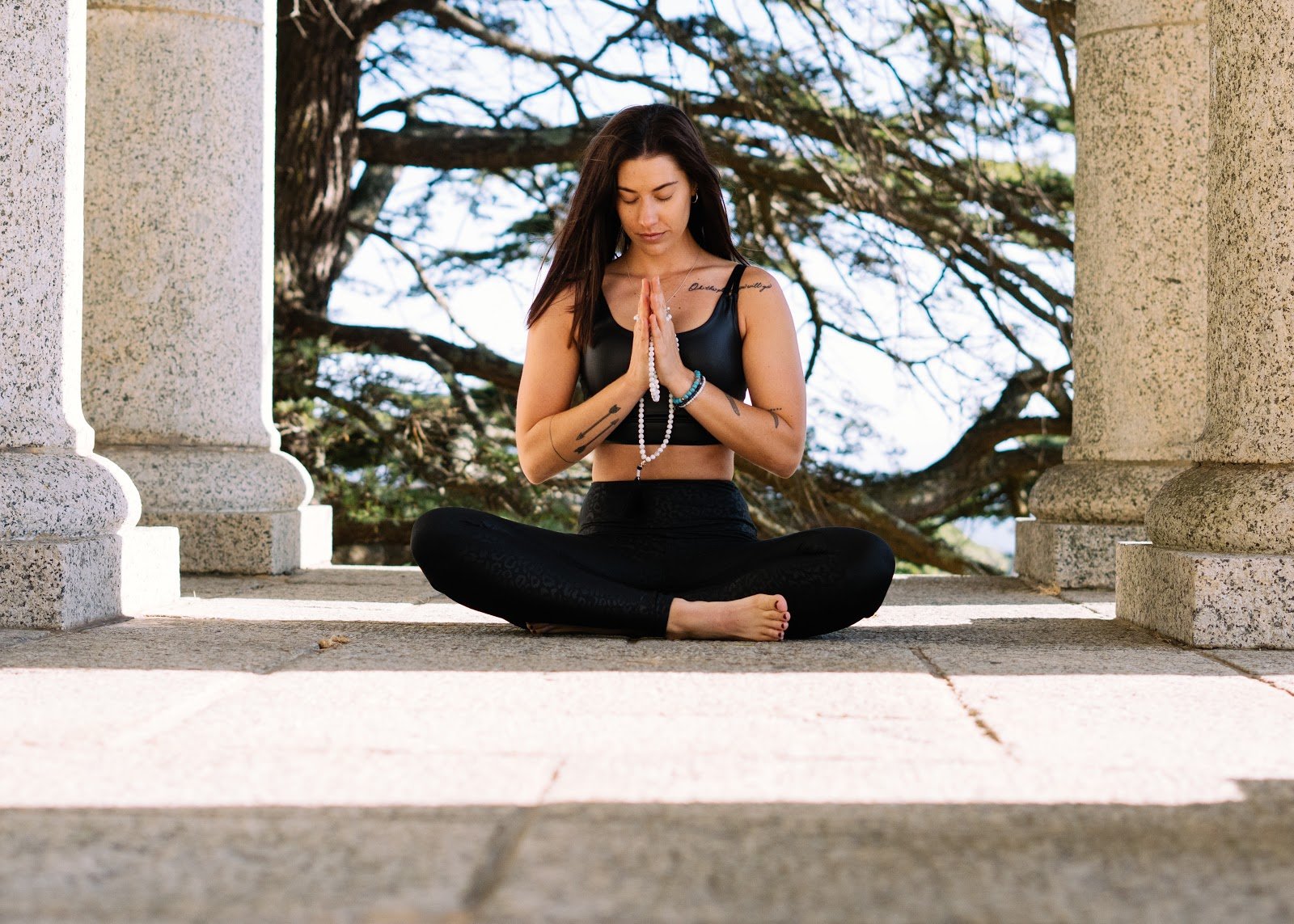 A balanced, healthy gut microbiome with good microbiota is essential to overall health and vitality. It impacts much more than our digestion and bowel movements.

Over the past few years, many neurological conditions and emotional disorders have been associated with an imbalance in the gut microbiome. More recently, this also includes the connection between gut health and migraine.

The idea is that an imbalance in our gut bacteria will lead to inflammation in the gut and cause leaky gut. The toxins that can now enter the bloodstream eventually reach the brain, where they trigger inflammation. Inflammation in the brain has been linked to migraine symptoms as well as changes in mood and concentration. Taking a high-quality probiotic supplement can help restore and maintain a healthy gut microbiome and with that positively impact brain health.

Hannah Kleinfeld
Hannah Kleinfeld is the Chief Operating Officer of Allergosan USA, the U.S. joint-venture partner of Institut Allergosan, a global leader in microbiome science and gut health products. In 2019, Hannah helped launch the leading, professional European probiotic brand, OMNi-BiOTiC®, in the U.S. Hannah received a Bachelor of Arts degree in Economics and Psychology from Yale University, as well as a Master of Business Administration and Management from Harvard. Prior to joining Allergosan USA, Hannah worked as a Harvard Leadership Fellow at Boston Medical Center. Before that, Hannah served at McKinsey & Company with a focus in the healthcare industry. Hannah is dedicated to educating about the importance of gut health as a foundation for wellbeing and is passionate about helping others experience healthy and vibrant lives.
Table of Contents
PrevPreviousWhat Your Bowel Movements Can Tell You About Your Health
NextWhat is Leaky Gut Syndrome? Causes, Symptoms, and ReliefNext 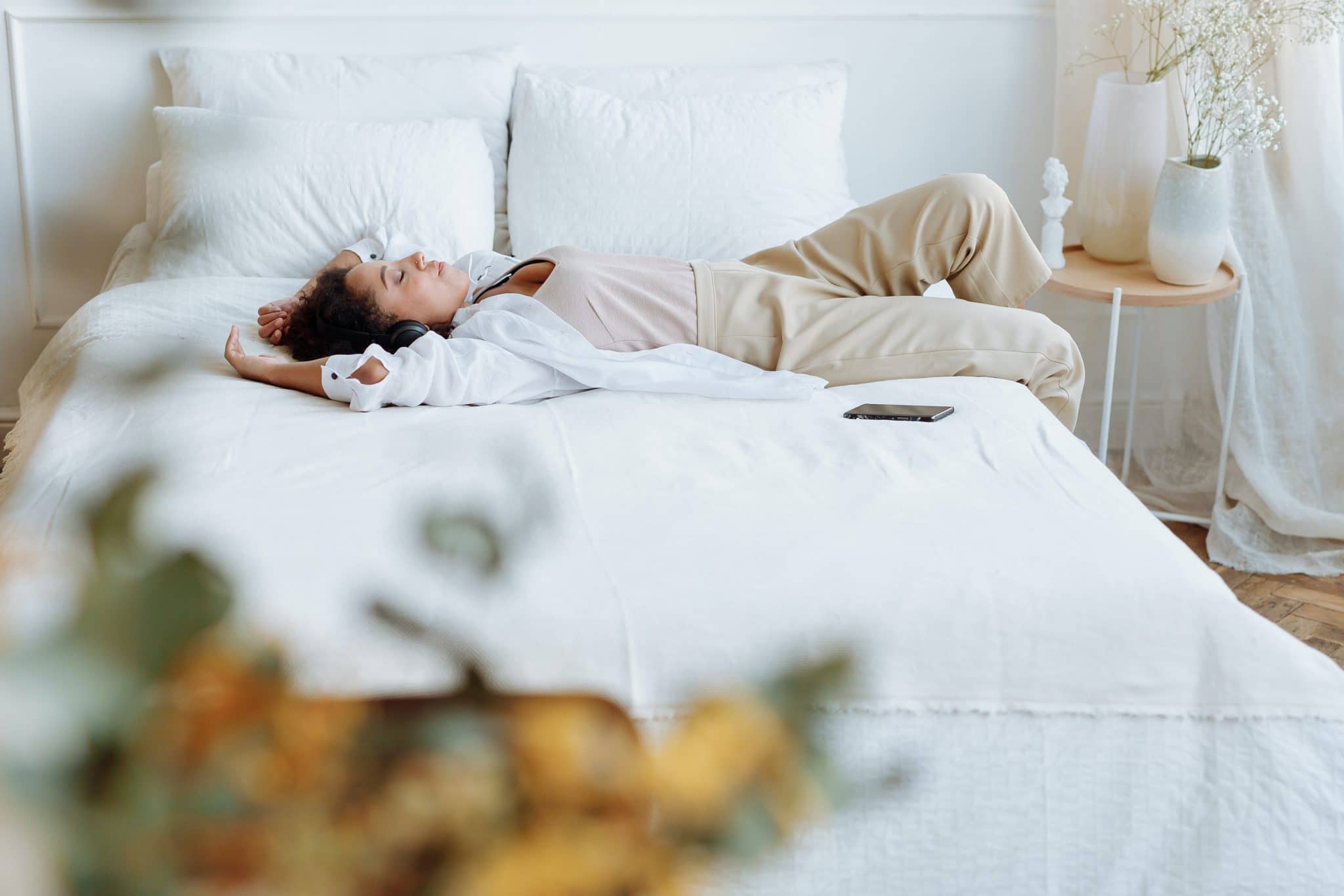 According to the Migraine Research Foundation, 18% of women, 6% of men, and 10% of children in the United States experience migraines. This results in 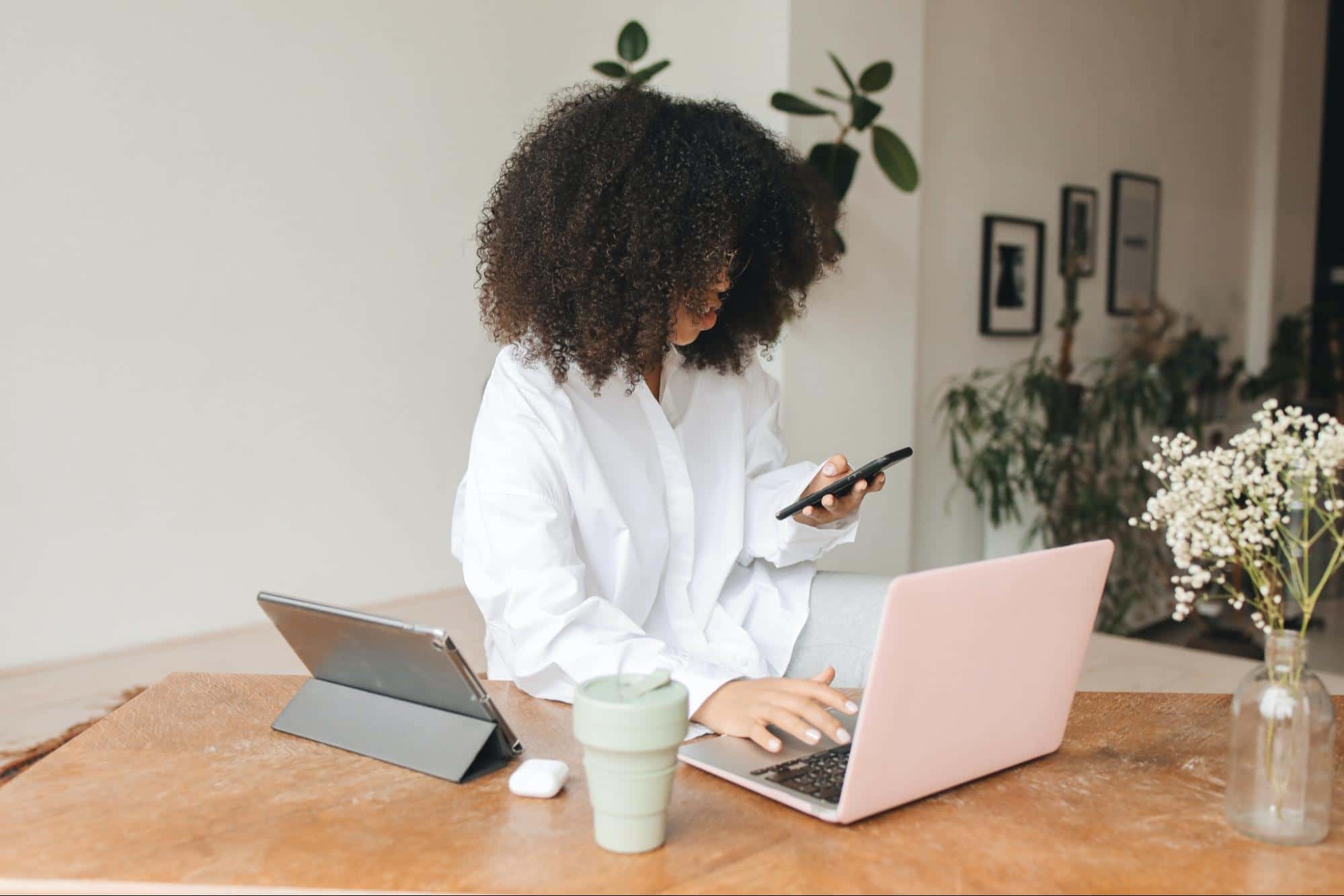 How to Choose a Probiotic Supplement

When choosing a probiotic supplement, consider your health needs, the number and type of strains, clinical studies available for the product, the colony forming unit 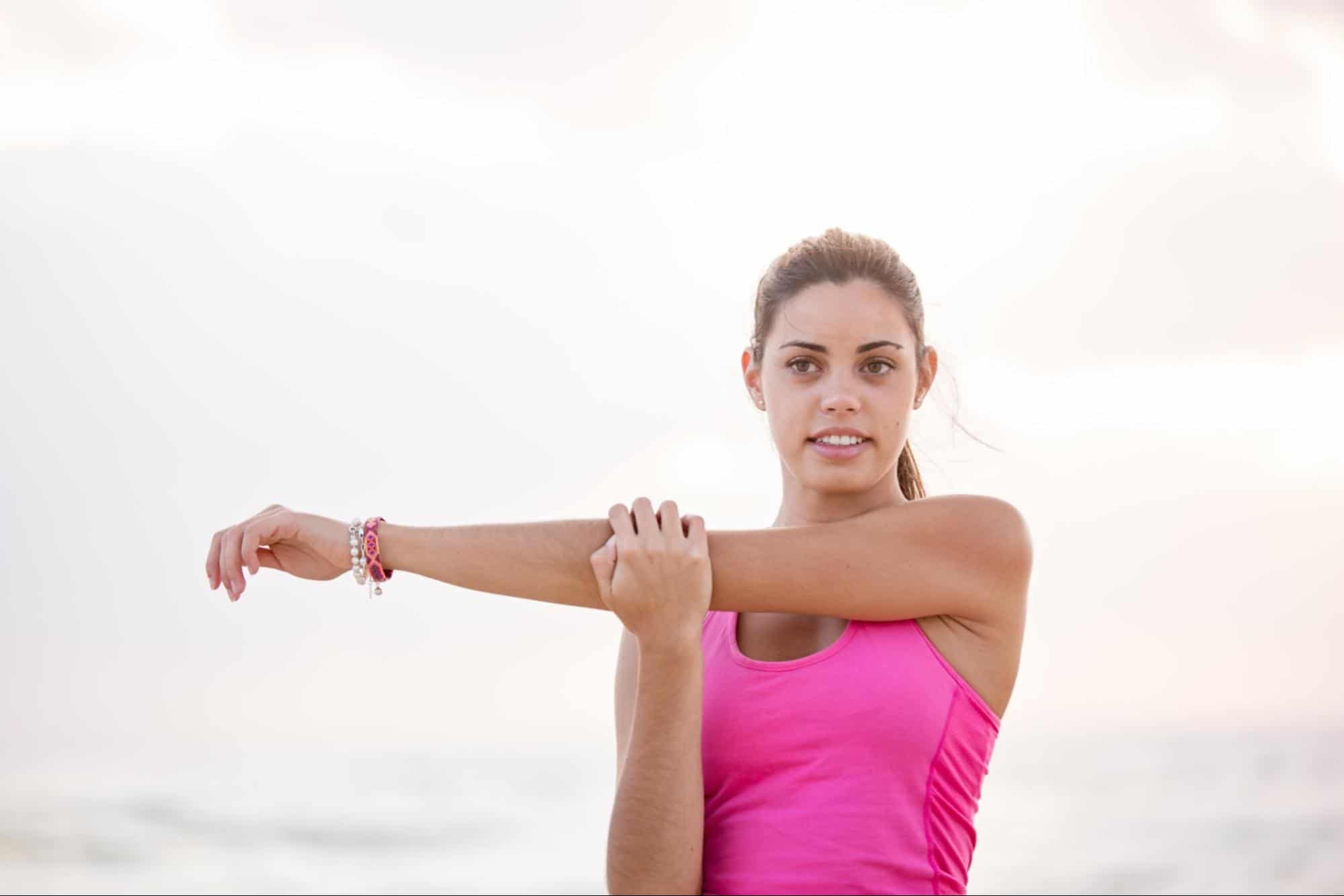 Probiotic bacteria are live microorganisms that colonize the gut and fight off bad bacteria. Probiotics may be found in certain foods or can be taken 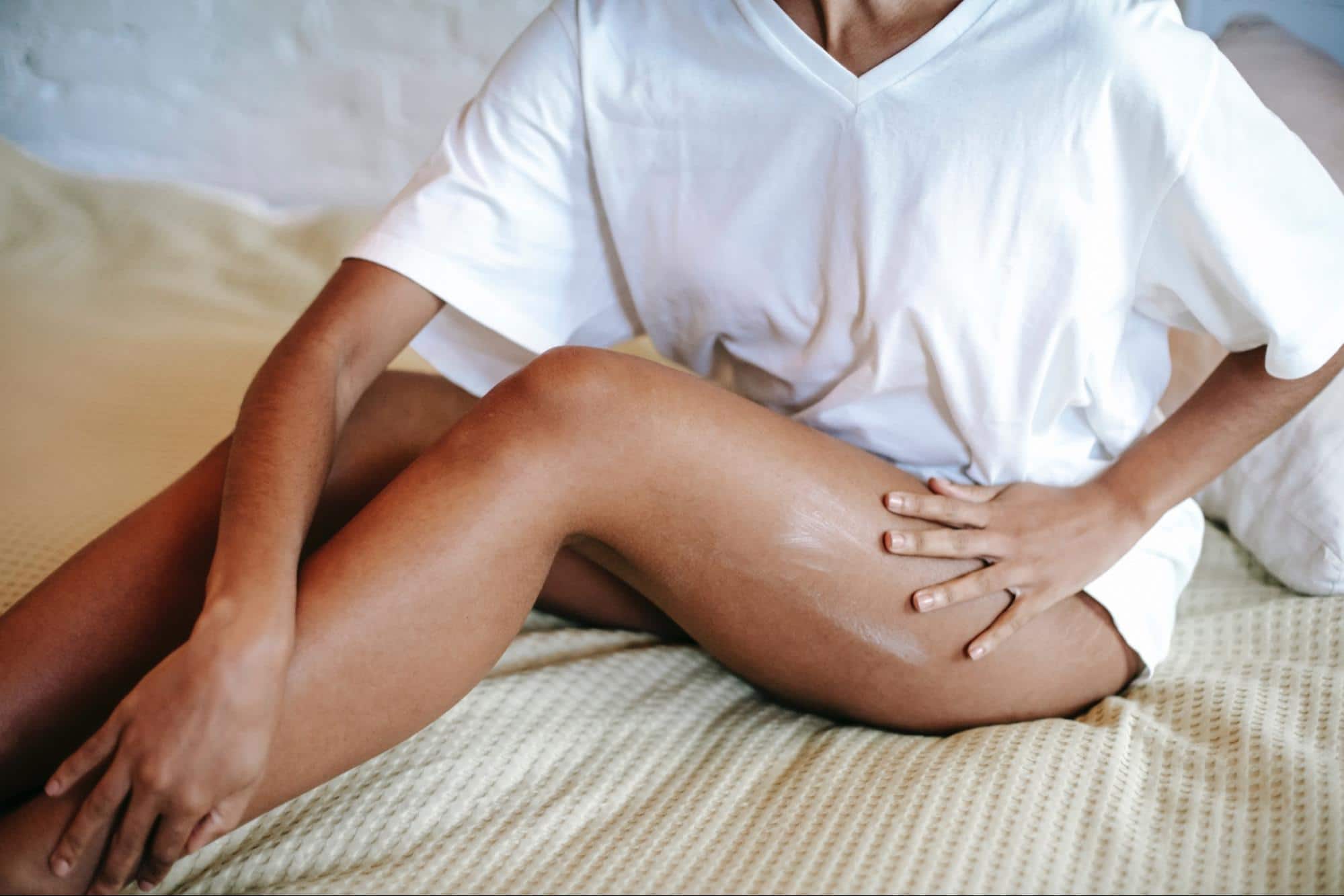 What are the Health Benefits of Probiotics? 21 Ways that Probiotics Support Your Health

The health benefits of probiotics include improving gut health, the immune system, and brain function. Studies have shown they can also help with constipation, blood